Popular Nigerian Billionaire, Raymond Hushpuppi, was reportedly picked up by the Interpol and agents of the Federal Bureau of Investigation (FBI).  According to reports, Hushpuppi was arrested alongside his close friend for fraud and money laundering.

So Nigerian alleged billionaire Hushpuppi has been arrested by INTERPOL for scamming and money laundering of over $100million which was supposed to be given to Native Americans during the Corona Virus Pandemic. pic.twitter.com/RgRydWjOlA

According to reports, Hushpuppi and his crew were arrested for laundering millions of dollars provided to support the USA during the Corona Virus pandemic.

As expected, the matter is currently being dissected on Twitter and while people are fighting for Hushpuppi’s innocence, others are putting out hilarious content.

Hushpuppi in the interrogation room with FBI pic.twitter.com/enks3Nrfwc

Hushpuppi trying to explain to Interpol that he’s into real estate pic.twitter.com/ZmyLrW78Yk

Hushpuppi trying to explain to FBI why he can’t go to jail: pic.twitter.com/VWZNIfHA1h

Hushpuppi’s first snap post FBI if he eventually gets out ? pic.twitter.com/sEWkNOo8jE

Hushpuppi explaining how he got his wealth through real estate in Interpol costudy :
pic.twitter.com/2bAQ1DpnCH

Don't rush into conclusions about things you don't know.
As hushpuppi is into real estate, maybe interpol just want to show him a room they want to Cell. pic.twitter.com/4dBb8M5wun

Rolls Royce managers when they saw HushPuppi being taken into custody pic.twitter.com/j8Mn4KTbEY 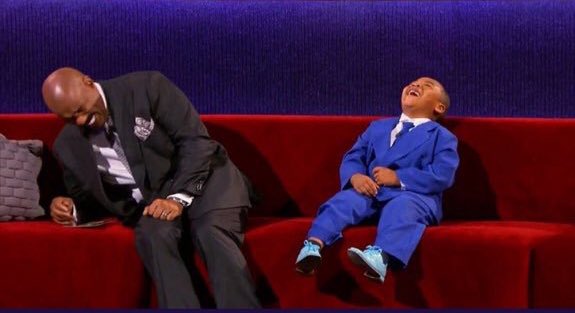 Wait! Before anything else..

Get The Memes Collection

Connect with:
Facebook Google
Back to
log in
Choose A Format
Story
Formatted Text with Embeds and Visuals